Time to give Tebow some credit

Tim Tebow is the current starting quarterback for the Denver Broncos.  He is a polarizing player who many fans love and just as many love to hate.  The way he plays the game and his unabashed expression of his religious beliefs causes great debate among fans.  Some believe that he is not and will not be a “NFL” quarterback because of his inferior passing skills and reliance to run.  Others think he is entertaining and will grow into a great quarterback.  Many people admire Tebow for being confident enough to speak about Christianity, but some think that he is over the top with his relig


Tebow took over the starting QB job last month.  At the time, the Broncos had only won one game.  Since then, Denver has won five out of six games and are on the cusp of reaching the playoffs.  Even with a 5 – 1 record as a starter, there is still a lot of debate about Tebow’s ability.  The critics say that the credit for Denver’s surge should be given to the defense.

Denver’s defense has done a great job and yes, defense wins championships.  However, the quarterback is a key position.  Not just for conducting the offensive game plan but for the leadership.  Just ask Indianapolis Colts fans how important a QB is.  They know that there season would be completely different if Peyton was playing.

Tebow does have some growing to do, but this does not mean that he is not the reason that the team turned things around.   His passing has been average, but he has found a way for the Broncos to win and he has motivated his teammates to desire to win.  He is not Tom Brady, but give the guy some credit for getting Denver above a .500 record.

Ciao!
Heels & Helmets
Posted by HeelsnHelmets at 2:49 AM No comments: Links to this post

After free agency, before the preseason began, the Philadelphia Eagles leading the NFC East was unquestionable.  Michael Vick was back.  He was healthy and had a year under his belt as a NFL starter again.  On defense, Philadelphia signed the most sought after corner back, NnamdiAsomugha.  This was supposed to be the recipe for success.  The result does not taste too sweet to Eagles’ fans.  It is a very sour 4 – 6 record that has Philly in third place in the NFC.
The bright side for Philadelphia is that they are in the NFC East.  No one in that division has played well consistently this season.   Just when it looked like the Giants were going to pull away and take the lead, they fall to the Philadelphia Eagles.  This puts them on a two-game losing streak.  They are tied with Dallas (Cowboys) for the top spot in the division at 6 – 4.  Dallas is the opposite of New York.  They are on a three-game winning streak.  The teams will play on December 11 at Cowboys Stadium.
The Eagles could still reach the playoffs.  It is amazing that a team that has only won four games going into Week 12 is still in the hunt to win their division.  But, considering the performance from the other teams in the division, it is possible.  They beat the Giants and the Cowboys.  Last year the Seattle Seahawks made the playoffs with just a 8 - 8 record.
With Vick’s return uncertain, I don’t think that the Eagles are going to win their remainig games this season.  I think that the NFC East will come down to Dallas and New York.  In addition to their meeting next month, they will play each other the final week of the regular season in New York.
The final team in the NFC East is the Washington Redskins.  All of the inconsistency in the division is not going to help them.
Ciao!
Heels & Helmets®
Posted by HeelsnHelmets at 7:00 AM No comments: Links to this post

Nelson Mandela said, “Sport has the power to change world.”  It does.  Sport brings people together, just as much as it tears people a part.  It is an interesting dichotomy that is the result of the fervor that people have for “their team.”  When you observe the time, emotion and money invested in sports, its influence is undeniable.

This is why I believe that Penn State University made the right move by firing its legendary football coach, Joe Paterno, last week.  The university relieved him of his duties because of knowledge he had about his former assistant, Jerry Sandusky, sexually abusing a young boy.
Paterno is idolized.  With a bronze statue in his likeness already standing outside of Beaver Stadium, he is truly a living legend.  If you live in Pennsylvania or follow football on any level you know him.  The man with the glasses who has walked the sideline in Happy Valley as the Nittany Lions head football coach for the last 46 years is a god there.
Sport has the power.
How many people knew Graham Spanier before last week?  Spanier is the former president of Penn State University who was also dismissed because of the sexual abuse scandal.  He led a prominent American university, but his popularity does not come anywhere close to that of Joe Paterno.  He does not have a statue.
Sport has the power.
Many Penn State students and fans are outraged that Penn State University’s Board of Trustees could even think about firing Joe Pa.   Like members of a cult, they have had held vigils at Paterno’s home and prayed at their "god’s" statue.  There is no outrage for Spanier.  No pleas from students at the “public-ivy” institution to have their former president restored.
Sport has the power.
Joe Paterno had the authority to make sure that Jerry Sandusky never stepped foot on Penn State’s campus again.  He had the muscle to call attention to a grown man investigated over 12 years ago for showering with young boys.  He had the respect to get police involved.  He had the influence to make a community care.
Sport has the power.
On the field, we want our teams to give their best in each game and go all out for a win.  Joe Paterno had the power to make sure that this was done for Penn State’s football program.  He also had the power to demand that his players and staff displayed this mentality off the field and do the right thing, especially for innocent young children.
Too whom much is given, much is expected.  Sport has the power.  As one of the most celebrated figures in sports, Joe Paterno certainly had the power to help the victims in this case.
Ciao!
Heels & Helmets®
"Sport has the power to change the world. It has the power to unite in a way that little else does. It speaks to youth in a language they understand. Sport can create hope where once there was only despair. It is more powerful than governments in breaking down racial barriers. It laughs in the face of all types of discrimination."  - Nelson Mandela 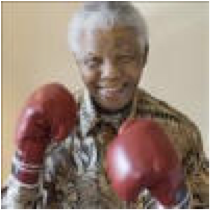 Posted by HeelsnHelmets at 9:00 AM No comments: Links to this post

After tonight’s Monday Night Football game each team in the NFL will have played at least eight games.  The regular season is 17 weeks long.  Each team plays 16 weeks and has one week without a game called a “bye week.”  So, we are officially halfway through the regular season.   Since we are at the middle of the season, I thought that I would take a look at my Super Bowl picks and see how they are doing.
I selected the New York Jets to win the AFC.  With 10 starters returning, I thought that defense would lead them out of the regular season and past the tough quarterbacks in the AFC.  After Week 2, things looked gloom for the Jets.  They went three consecutive weeks without a victory; suffering losses to the Oakland Raiders, Baltimore Ravens and New England Patriots.  At the moment, the Jets are tied with the Patriots and Buffalo Bills for first in the AFC East.  They beat the Bills yesterday and have to play them again in three weeks.  Next Sunday they have a big game against New England.  This is a must win because they lost to them earlier this year.  The Jets can still win their division.  To accomplish that and get to the Super Bowl, Mark Sanchez needs to be accurate and the defense has to dominate.
For the NFC, I thought that the Philadelphia Eagles would run away with the conference championship.  It has been a disappointing first half.  After winning their season opener, they did not win other game until Week 6.  The offense has looked lackluster and the defense has appeared confused.  Things are now starting to click for the Eagles.  Star cornerback, Nnamdi Asomugha is adjusting to his role and had a key interception against the Dallas Cowboys last week.  The Eagles are in the inconsistent NFC East.  There is not a clear leader.  Philadelphia has only won three games, but a win tonight will put them at a tie for second in the NFC East.  For Philadelphia to get passed the undefeated Green Bay Packers, they need Michael Vick healthy and the defense focused.
It has been a rocky road for my picks, but I am going to stay with them.
Ciao!
Heels & Helmets
Posted by HeelsnHelmets at 8:00 AM No comments: Links to this post