The St. Louis Rams got their first win of the season yesterday against the mighty New Orleans Saints.  Maybe the Rams were motivated after the St. Louis Cardinals won the 2011 World Series.  Maybe the Saints just took the winless Rams for granted.  Whatever it was, St. Louis looked like a real solid NFL team.  Seriously.  The defense sacked New Orleans QB Drew Brees six times.  The offense scored four touchdowns and even converted on fourth down – twice.  The outcome was a 31 – 21 whipping that made St. Louis cry for joy and New Orleans cry for mercy.
The saying is, “anything can happen on any given Sunday.”  The Rams are at the bottom of the league.  They drafted QB Sam Bradford with their first pick last year.  He is supposed to be the bright star in their future, but just like the end of his college days he is out with an injury.  New Orleans on the other hand is leading the NFC South with a great veteran quarterback.  They won the Super Bowl in 2010.  They are one of the elite groups in the NFL.  The Rams taking out the Saints, explains the point of the saying.
There are two winless teams left in the league.  The Indianapolis Colts and the Miami Dolphins.  The Colts will host the Atlanta Falcons next week while the Dolphins will travel to play the Kansas City Chiefs.  Let’s see if they can finally get a game in the win column.
Ciao!
Heels & Helmets
Posted by HeelsnHelmets at 4:09 PM No comments:

Over the weekend, I conducted my introduction to football workshop for D.C. Women’s Business Center.  During the workshop, we discussed touchbacks and one of the attendees said that she had noticed more touchbacks this year than previous seasons.  She is correct.
A touchback happens when a ball lands on the goal line or in the end zone and it is not a touchdown.  This ruling occurs after a kickoff, punt, interception or fumble; but most of the time you see touchbacks from kickoff or punts.
The number of touchbacks has increased because the kickoff rule changed.  The highest risk of injury is at kickoff.  The NFL changed the rule to make kickoff safer and prevent injuries.  Prior to this season, the kicking team kicked off at their 30-yard line.  Now they kick off at their 35-yard line.  Basically, they are kicking off 5 yards closer to their opponent’s goal line.  As a result, the ball has landed in the end zone more and the number of touchbacks has increased.
A lot of fans, players and coaches are annoyed by the rule because it has impacted the number of exciting returns that fans enjoy watching.  After a touchback is ruled, the ball is automatically put on the offense’s 20-yard line.  So, instead of fast return specialist like Josh Cribbs from the Cleveland Browns returning a kickoff and getting strong field position (across the 50-yard line) or a touchdown, we are seeing more offenses start their drives at their 20-yard line.
I am all for player safety, but I must admit that all of the touchbacks are boring.  Perhaps the league should consider more time before the kicking team can run after the receiving team.
Ciao!
Heels & Helmets
Old Kickoff 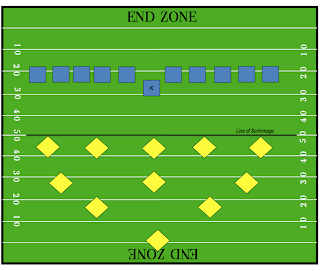 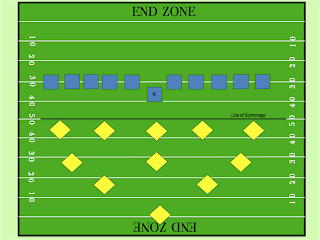 Posted by HeelsnHelmets at 12:01 PM No comments:

I am so pleased to announce that the NFL has truly heard my cry.  For years I have been screaming pink is awareness for breast cancer, not all things women.  Sure, I like the color pink; but if I am going to support my team, I want to wear my team colors.
Ladies, now you can truly represent your team.  The NFL has stepped up their women’s apparel game.  The line is complete with fashionable jackets, boots and accessories.  They even licensed to one of our favorites – Victoria’s Secret!  There are options for business casual, beach, lounge and of course game day!
The best part about the new line is that it fits us and our curves.  No more small, unflattering box cut jerseys.  We can stop cutting, tying and tucking jerseys to make them look fairly decent.  Actually, you do not have to wear a jersey at all to show your team spirit.  Trust me.

Ciao!
Heels & Helmets
Posted by HeelsnHelmets at 8:00 AM No comments:

I’m in Motown!  Monday Night Football has made its way to Detroit for the first time in a decade and the city is hype!  The Detroit Lions are playing the Chicago Bears at home on national TV.  The city is pumped as if it is a NFL playoff game.
Now the “D” is accustomed to hosting large sporting events.  In the last ten years, they have had Super Bowl, MLB All-Star and a NCAA Men’s Final Four.  It is one of the best sports towns.  Since the last MNF visit, locals have seen the Detroit Pistons, Detroit Tigers and Detroit Red Wings in the playoffs.  Actually, the Red Wings are so good that the playoffs are just considered part of their regular season.  When it comes to professional football the Motor City has  been a little deprived.   So, it isn’t just finally getting MNF.  It is the undefeated Lions hosting a MNF game.
Tonight’s game has the perfect setup for a prime-time battle – rivalry and controversy.  The Lions and Bears are divisional rivals.  The Lions are coming into this game 4 – 0.  They want to prove that they are the real deal and the beginning of their season is not a fluke.  The only other undefeated team in the NFL is the defending Super Bowl Champions, Green Bay Packers.  Coincidentally, the last regular season game Detroit lost was to the Chicago Bears last December.
Chicago won both games last year.  They were close games and had some controversial calls that easily could have given the Lions a victory.  The Bears want to get past their even record (2-2) and sit one game behind second in the NFC North.
To win, both offenses need to focus on what they have done well.  For the Lions, that means QB Matthew Stafford passing to wide receiver Calvin Johnson.  The Bears must keep their running game going and get running back Matt Forte the ball.   On the defense side, Chicago’s secondary has to find an answer for Johnson’s talent and height.   Meanwhile, Detroit will need to slow down Forte.
I am really impressed with the Lions, but I think that the Bears are going to win.  Their record is not as good, but their two losses were to the teams that won the Super Bowl in 2011 (Packers) and 2010 (New Orleans Saints).  The Lions only beat up on Kansas City.  The other three games against Tampa Bay, Minnesota, and Dallas were all close.  And Minnesota just won their first game yesterday.  Great things to come for Lions fan, but I don’t see a 5 – 0 start.
MNF kicks off at 8:30 pm on ESPN.
Ciao!
Heels & Helmets 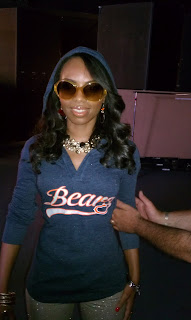 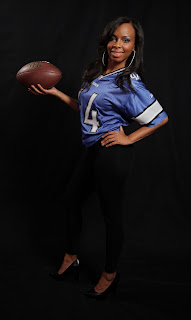 Posted by HeelsnHelmets at 1:33 AM No comments:

Yesterday a couple of games that began as yawners, ended up dramatic.  The Dallas Cowboys and Philadelphia Eagles both dominated their opponents the first half of the game.  Each of them was leading by 17 points entering the second half. They literally put me to sleep.
I woke up and everything changed.  The fourth quarters were so good, I sat in my bed starving and fighting a cold because I had to watch the outcomes of both of these games.  I am still amazed at how they squandered their huge leads and lost.  To make it worse they were both playing at home.
In Dallas, Cowboys Stadium welcomed the Detroit Lions.  At first, Cowboys Defensive Coordinator, Rob Ryan was feeling proud about his team completely stopping Lions QB Matthew Stafford and wide receiver Calvin Johnson.  They prevented the duo from scoring the first three quarters of the game.  Detroit’s defense woke up in the third quarter; got two pick sixes (an interception returned for a touchdown) and ignited their teammates on offense.  In the last quarter, Stafford, who was playing in his hometown connected with Johnson twice for touchdowns.  The Lions won 34 – 30.  They go back to Motown 4 – 0 tied for first in the NFC North.
The  Philadelphia Eagles hosted the San Francisco 49ers at  Lincoln Financial Field.  Eagles QB Michael Vick, had an unbelievable game.  He had a career-high 416 passing yards and coupled it with 75 rushing yards.  Eagles defense and specials teams wasted it all.  Specials teams missed two field goals less than 40 yards and the 49ers took advantage of an Eagles defense that still has not harmonized.  After being down 23 – 3 in the third quarter, the 49ers fought back and won 24 – 23.  They head back to the West Coast at the top of the NFC West alone with a record of 3 – 1.  Meanwhile the Eagles still have defense problems and have only won one game this season.
There is a saying that the game is won in the fourth quarter.  This was certainly true for the Lions and 49ers yesterday.  Hopefully, the Cowboys and the Eagles got the message that the game does not end at half-time.
Ciao!
Heels & Helmets
Posted by HeelsnHelmets at 8:01 AM No comments: